The film will be screened as part of the One World Film Festival and you can watch it online with Slovak and English subtitles during 24 hours from 5 November 12:00 noon to 6 November 11:59 a.m. at: https://www.jedensvet.sk/en/filmy/this-rain-will-never-stop/. 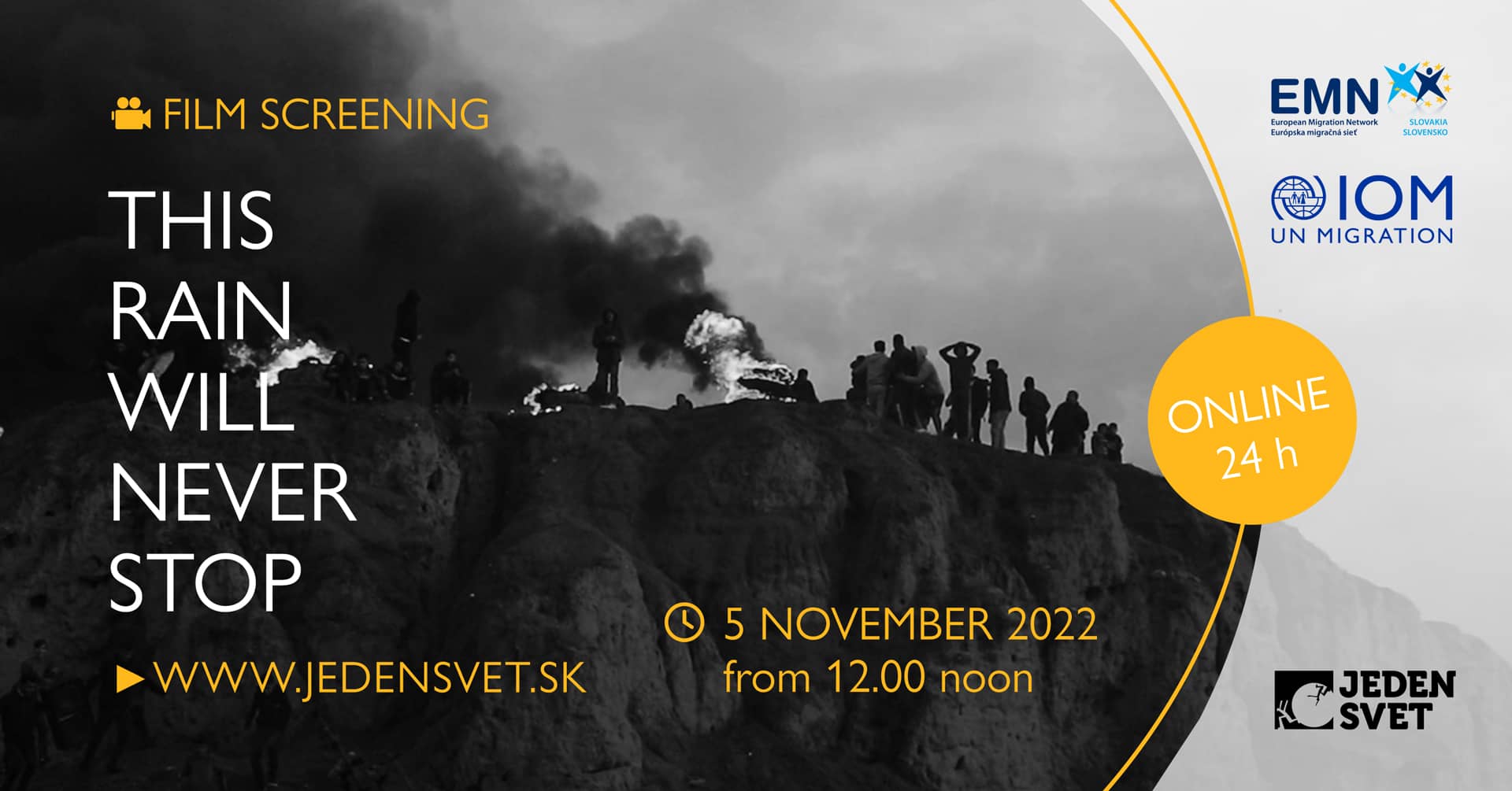 About the film
This Rain Will Never Stop takes us on a powerful, visually arresting journey through humanity’s endless cycle of war and death, peace and life.

The film follows 20-year-old Andriy Suleyman as he tries to secure a safer place for living for him and his family while navigating the human toll of armed conflict. In 2012 they fled the war in Syria and resettled in Lysychansk, his mother’s hometown in eastern Ukraine. But the war catches up with the family again.

In their life marked by fleeing, will they manage to find a place to belong to?

The Slovak film premiere will be introduced at the official opening of the One World Film Festival at the presence of its director Alina Gorlova.

With the support of
Screening of the film is funded by the European Union within the European Migration Network (EMN) activities. The EMN activities in Slovakia are coordinated by IOM.

The film is presented in cooperation with the Global Migration Film Festival.

International Organization for Migration (IOM) – Office in the Slovak Republic

EMN Coordinator for the EU

News on Migration in the EU